Dr. Gabrielle Pojero was born and raised in France. She relocated to the United States as a teenager and graduated from Salpointe Catholic High School in Tucson, Arizona in 1988. Dr. Gaby then went on to receive her Degree from Pima College, Arizona. From a young age, she had known she always wanted to be a part of the medical field. She was introduced to Chiropractic at the age of nine after complaining of back pain following a horse back riding fall.  Her mother brought her to a Chiropractor where he diagnosed her with a Scoliosis.  After receiving care for a period of time, Dr. Gaby’s scoliosis was gone and her mother kept up with regular Chiropractic Care through out her adolescent life to maintain her health. While studying to become a Physical Therapist at the University of Arizona, Dr. Gaby attended a lecture given by a local Chiropractor.  She experienced a moment of understanding and excitement of the differences between Physical Therapy and Chiropractic Care. He also explained why Dr. Gaby had benefited so much from her care since childhood. He was able to help her understand that Chiropractic was not about treating the pain but getting down to the cause of it and allowing the body to heal itself. It was then that Dr. Gaby went on to receive her doctorate in Chiropractic from Life University in 1996. She practiced for a year in Georgia before joining Dr. John shortly after he opened Pojero Family Chiropractic in Sayville. Dr. Gaby and Dr. John have had a rewarding 18 years in practice taking care of families from all over. They are also raising two children locally who have both received and benefited from Chiropractic Care since birth. No matter the age, the issue or need, Dr. Gaby and Dr. John’s doors are always open. Their mission is to spread the knowledge and benefits of Chiropractic Care to their community. 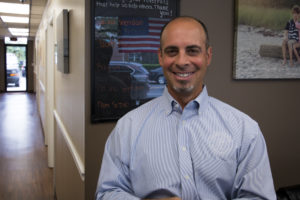 Dr. John Pojero has been a member of the Sayville community his entire life. He was born and raised in Sayville where he graduated from Sayville High School in 1985. He went on to receive his Bachelors Degree in Business Management from Dowling College in 1990. He then worked in Manhattan for Shearson-Lehman Brothers in the early 1990’s. Since childhood, Dr. John had suffered with a biannual bout of Bronchitis. In 1991, during a bout of Bronchitis and having a coughing fit in front of a friend, that friend suggested that he try Chiropractic. It was then that Dr. John was introduced to the devastating effects of Vertebral Subluxations and began received chiropractic adjustments. After receiving Chiropractic Care for a period of time, Dr. John realized that his Chronic Bronchitis was helped with regular chiropractic care and without antibiotics. Since then he has not had a bout of bronchitis.  This experience was life changing for Dr. John, and it was then he decided to become a Doctor of Chiropractic.  He graduated from Life University with his Doctorate Degree in Chiropractic in 1997.  The following year, Dr. John opened Pojero Family Chiropractic on Main Street in Sayville. Now, after 18 years of practice, Dr. John is very proud to have helped many families with Chiropractic Care. He and his wife, Dr. Gaby, help people of all ages with gentle and specific Chiropractic Care, regain and maintain health naturally. They are also raising two children locally who have both received and benefited from Chiropractic Care since birth. No matter the age, the issue or need, Dr. Gaby and Dr. John’s doors are always open. Their mission is to spread the knowledge and benefits of Chiropractic Care to their community. 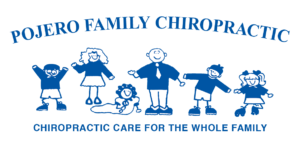